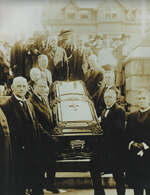 Patrick Quinn, as a young 18 year old man who immigrated to this country as a child, founded the Quinn family funeral business in the North End section of Providence in 1857. A master stair builder by trade, he was asked to make a casket. The casket he made had intricately carved corners and was so unique that people repeatedly requested him to build caskets, and thus he expanded into the funeral business. At this time there were no phones to contact the undertaker's office. To provide better access to the undertaker, he opened three satellite offices on Broadway, Atwells Avenue, and Branch Avenue in addition to his main office on Orms Street.

Upon his death in 1889, Patrick's widow and young daughter asked his brother Thomas Quinn, our great grandfather, to take over the funeral business. Thomas Quinn operated the business for many years and in time was joined by his two sons, Thomas and Walter Quinn, our grandfather and great uncle. During this era, funeral corteges went from horse drawn to motorized and telephone service became available. As a result they were able to close their satellite offices. Subsequently, we established one of Rhode Island 's first funeral homes where people would be able to have wakes and funerals from a home other than their own, at the Orms Street location. 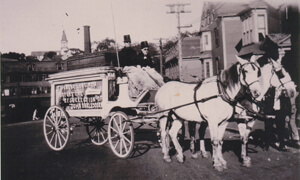 Thomas and Walter Quinn's sons Thomas and Walter Quinn, Jr., the third generation, joined the family business in the late 1940's. In 1967, due to the redevelopment of the North End section of Providence, the Quinn Funeral Home moved to Warwick where we built one of Rhode Island's first state-of-the-art funeral facilities. Walter Quinn, Jr. took over the business in 1974. His sons, Michael, Patrick and Jerome joined their father to become the fourth generation to enter the business, which we currently operate.

In 1994 we purchased the James L. Tucker Funeral Home on Putnam Pike in Greenville and in 2000 a decision was made not to expand the original Victorian Home so as not to ruin it's historical integrity, but rather to build a state-of-the-art facitity to accommodate the needs of a growing community.  This facility is now the Tucker-Quinn Funeral Chapel.

In 2004 we purchased the Lawrence E. Fagan Funeral Home on Boston Neck Road in North Kingstown.  Because of the growing community of South County, we decided to expand this facility and construction was completed in June of 2010.  This state-of-the-art facility is comparable to the Warwick and Greenville facilities that can accommodate families with spacious chapels, handicap accessibility, and a large parking area.

In 2013 we purchased the Potvin Funeral Home on Curson Street in West Warwick,which was the former Robert  & Son Funeral Business established in 1892. This charming facility is also comparable to our Warwick, Greenville and North Kingstown facilities with spacious chapels, handicap accessibility, and a large parking area. 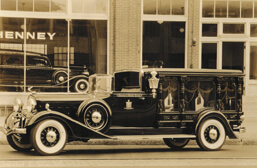 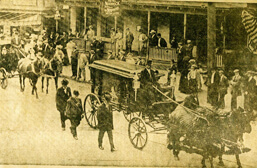